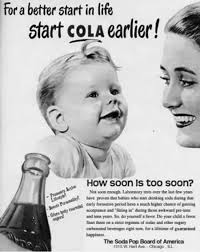 I was out and about the other day with baby boy and he started to get fussy. It was feeding time so as it was a nice day I found myself a sunny spot on a bench where I could watch the world go by. There was another mum sitting on a nearby bench breastfeeding her daughter and I smiled at her nicely as I prepared baby boy’s bottle. She glanced in my direction as I started to feed and then gathered her things and stood up to leave. As she walked past me she turned to me, looked me straight in the eye and said “you are feeding your child poison you know!”

Now I know that there is some controversy about bottle feeding in this day and age when we all know that breast is best but POISON! I was gobsmacked followed by furious followed by confused! Why did she think it was ok to say that to me? I would never criticise a fellow parent for the way they chose to feed their child so why was it ok for her to criticise me?

Before baby boy was born I fully intended to breastfeed. Mr K and I went to a breastfeeding class and I did so much research I was a walking breastfeeding encyclopaedia! When the nurse in the recovery room asked me if I wanted to feed my newborn son, whilst already reaching to pull down my gown before I had even answered, I didn’t even hesitate. Of course I wanted to feed him myself. It was going to be easy, right? I had done the research and I knew exactly what to do. Except that I didn’t and neither did baby boy.

That night baby boy wanted to feed a lot. I was still drowsy from the general anaesthetic and in pain from the c-section so every time he wanted to feed I had to press the buzzer. I needed help latching him on and so every time he came off the breast I had to press the buzzer again. This carried on all night until at about 5am one of the Health Care Assistants asked me, not so nicely, if I wanted her to give him a bottle so that everyone could get some sleep. I was mortified! I sadly agreed and she wheeled him off to fill him up on formula in the hope that he would stop crying and go to sleep for a bit. The next day I had no fewer than four different breastfeeding workers try to help us to get baby boy to latch on properly and that night once again I was asked if I wanted to give him formula.

On the second day, it started again. I just wanted to cry! This wasn’t how it was supposed to be. I was supposed to stare lovingly down at my baby whilst he breastfed not spend 20 minutes practically wrestling him onto the breast and then sit there in agony for 2 minutes before he came off therefore having to start to whole process again. Then a saviour came along. The paediatrician came to do the newborn check. He did all of the routine checks and then asked how baby boy was being fed. Mr K explained that I was trying to breastfeed but it wasn’t going well. The paediatrician’s answer to that was a godsend to my fragile mind. “We are very good at promoting the benefits of breastfeeding but not very good at promoting the difficulties” he explained in a soothing voice “I don’t care how your baby is fed as long as they are fed. There is nothing wrong with feeding him formula”. Oh the relief! I wasn’t going to damage my son, I was just going to feed him.

Once we were home I continued trying to breastfeed but despite help from a number of breastfeeding workers we were never able to latch on properly. The consultants words helped me enormously when I finally decided to stop trying and exclusively formula feed. I did still feel guilty for a while but I look at my son now and he is happy and healthy and I know that I made the right decision for us.

Do you formula feed or breastfeed? How did you come to your decision?